Have images to share? We’d love to see them!

After the War, officials of the two clubs met and in May 1946, Leatherhead Football Club was officially formed at a public meeting. United’s Fetcham Grove ground was to be used as the home ground. The Tanners went on to win four consecutive Surrey Senior League Championships before spells in the Metropolitan, Delphian and Corinthian Leagues. Tanners were Corinthian League champions in 1963 before moving into the Athenian League. Leatherhead won promotion from Division One at the end of the first season and inaugurated their floodlights with a match against a Fulham side. Leatherhead won the Surrey Senior Cup for the first, and to date, only time in 1969. After being elected into the Isthmian League, Leatherhead made national headlines in 1974-5 when they reached the Fourth Round proper of the FA Cup, defeating League sides Colchester Utd and Brighton & Hove Albion before bowing out to First Division Leicester City 2-3. In subsequent seasons, the Tanners defeated two more Football League sides at the Grove  – Cambridge United and Northampton Town.

After the disappointment of defeat in FA Amateur Cup semi-finals in 1971 and 1974, the Tanners finally reached Wembley Stadium in 1978 but were beaten in the FA Trophy Final. The Club then entered a period of decline and were relegated in 1983 and in 1990, slipped down into Division Two South but were back in Division One in 1997. Finances were a problem and in the summer of 2000, the club was within a few days of folding but was saved by its supporters who took over following a crisis meeting.

In 2006-7, Leatherhead were the lowest ranked team to reach the First Round Proper of the FA Cup, losing 1-2 at Football League side, Torquay United. Mick Sullivan was appointed First Team Manager in May 2009. Under Sullivan’s guidance, the club had its most successful season in years, winning the Isthmian League Cup (the first major trophy for some 40 years) and finishing the season in fifth place in the League before losing a play-off semi-final. The following season, a dramatic play-off victory against Dulwich Hamlet (4-3 after extra time), saw The Tanners return to the Premier Division for the first time since 1983. Tanners stay lasted just the one season though. In 2013-14 Tanners reached the play offs again, this time edging out Guernsey 3-2, before winning a penalty shootout at Folkestone Invicta to return to the Ryman Premier Division.

Sammy Moore was appointed in the summer of 2017. In his first managerial job Sammy steered Tanners to the second round of the FA Cup, a County Cup Final and a top eight finish in the League before departing for Concord Rangers along with the majority of the team. He was replaced by former Margate boss Nikki Bull who, despite having to rebuild the squad, took the team to an 8th place finish narrowly missing out on the play-offs.

After a poor start to the 2021-22 season Luke Tuffs was appointed to the Fetcham Grove hot seat in January 2022.

If you’ve any photographic memories, old articles or other memorabilia that could be of interest to us, we’d love you to get in touch. 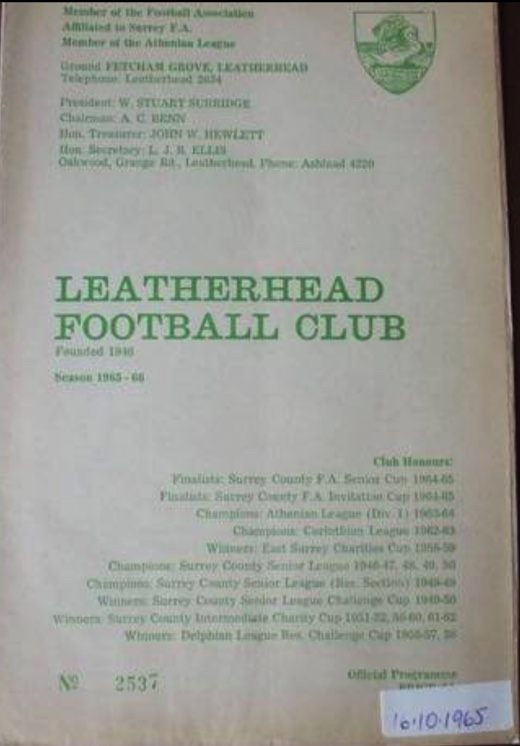 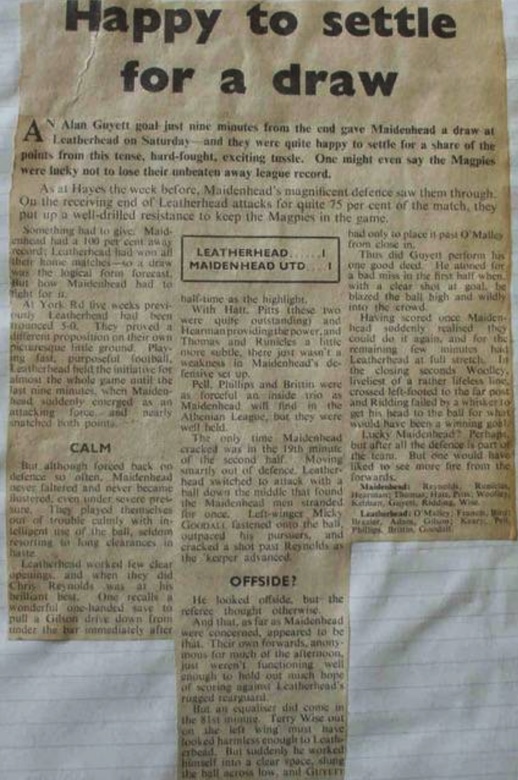