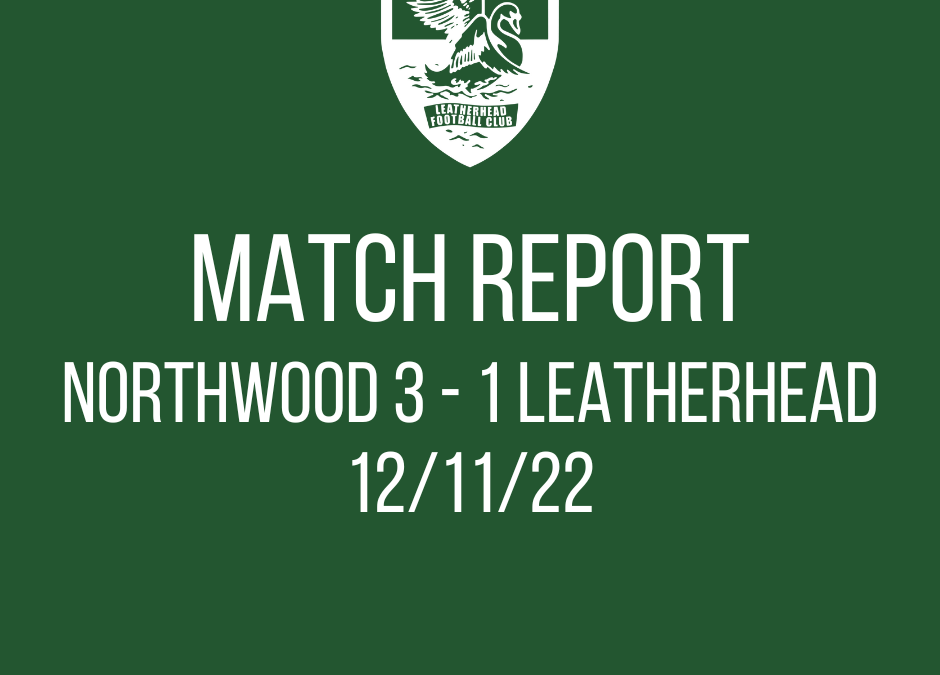 Leatherhead came away from the Skyline Roofing Stadium empty-handed on Saturday following a disappointing 3-1 defeat against table-toppers Northwood.

Leatherhead manager Hayden Bird made just one change to the side that had beaten Ashford Town (Middx) last weekend, with Harry Osborne coming in for Max Mullins in defence.

Tanners made a tentative start against the league leaders and almost fell behind on 10 minutes. Akintunde intercepted a loose pass from Archie Burnett in midfield, but the Northwood striker’s weak shot failed to trouble Leatherhead goalkeeper Joe Ringer.

Northwood tested the Tanners defence throughout the opening half and they were rewarded with a goal on 39 minutes. Jake Tabor’s in swinging corner from the right picked out Gallagher at the near post, who headed home with ease.

Leatherhead made two changes at the interval with Michael Elechi replacing Louis Collins in defence and the experienced Jermaine McGlashan coming on in place of Burnett. But it remained largely one-way traffic in the second-half, with Northwood producing plenty of threats on the visitors’ goal.

On 54 minutes a fiercely driven Woods free-kick was spilled by Ringer, only for the loose ball to be fired home from close range. Northwood’s celebrations were short-lived however, as the assistant referee raised his flag for offside.

The hosts continued to press forward and they were duly rewarded with a second goal on 64 minutes. The Tanners defence failed to close down Northwood striker Ibie, who was given room to drill a powerful low shot from the corner of the penalty area, beating Ringer at his near post.

That second goal gave Woods the reassurance they were seeking and a third goal duly arrived five minutes later. Ibie muscled his way past a couple of Leatherhead defenders and although his shot was blocked, the ball ran into the path of an advancing Akintunde, who fired home from eighteen yards.

With a three-goal cushion Woods relaxed momentarily, allowing Leatherhead a rare break down the right. On 71 minutes, McGlashan took the ball down to the bye line before sending a probing cross into the six-yard box for a fine close-range finish from Allassani.

Northwood missed a chance to add a fourth goal on 86 minutes, with Ringer parrying Ibie’s long range effort behind for a corner. Leatherhead created one last chance to reduce the arrears in injury time. Osborne sent a fine sweeping cross into the penalty area, but Allassani’s glancing header sailed wide of the goal.