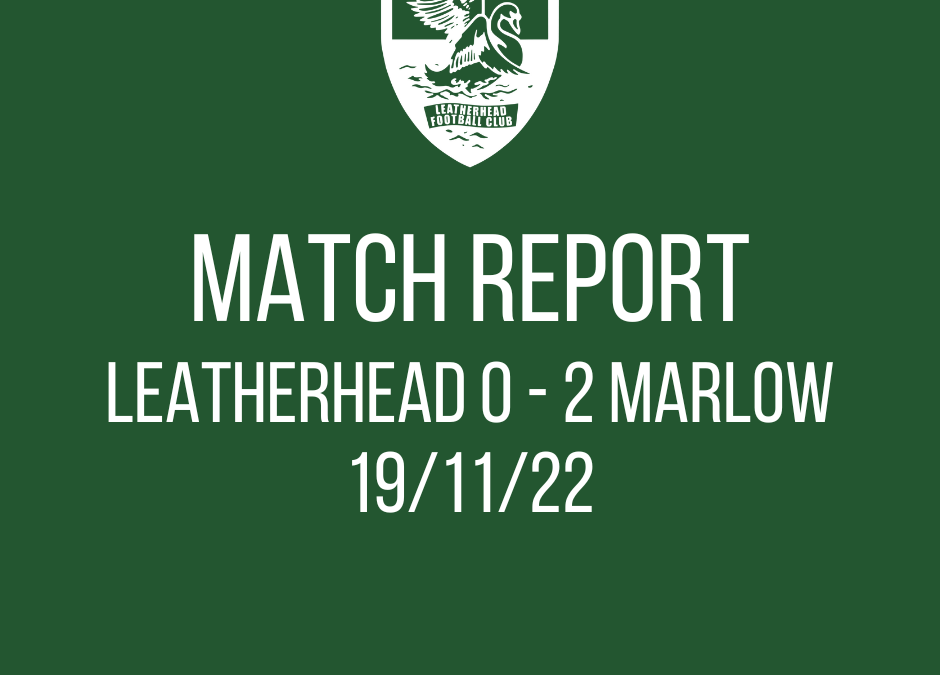 Leatherhead slipped to another disappointing defeat in front of their home supporters despite a positive attacking display against high-fliers Marlow.

Tanners created several chances going forward, but some wayward finishing in front of goal meant they came away from the match empty handed.

The visitors set out their intentions early, taking advantage of a poorly executed Tanners corner on eight minutes. The ball was quickly played out of defence and up field on the counter-attack, with Leatherhead keeper Joe Ringer having to block one shot before calmly smothering the follow-up.

Another quick counter-attack led to the visitors opening goal on 18 minutes. Marlow stifled a Tanners advance before speedily moving the ball up to the opposite end. A rash challenge from Leatherhead defender Max Mullins on Marlow’s Toby Raggett resulted in an uncontested penalty, duly fired home by their Polish striker Dawid Rogalski.

The visitors missed a chance to double their lead two minutes later when Leatherhead centre back Ben Frempah got caught in possession. Ringer had to react quickly to tip the resulting shot over the bar for a corner.

The hosts spurned several opportunities to draw level before half-time, with no one in the six-yard box able to put a finishing touch onto a steady stream of corners and free kicks won from attacking positions inside the visitors’ half.

Leatherhead’s best chances came when they advanced down Marlow’s flanks. On 51 minutes, Mullins broke clear on the right and sent an inviting cross into the six-yard box. But Tanners talisman Dave Tarpey scuffed his shot and the ball sailed harmlessly wide for a goal kick.

Leatherhead left themselves more exposed defensively as they pressed forward in search of an equaliser.

The visitors grew in confidence and doubled their lead on 61 minutes. A ball was played across the Tanners’ penalty area from the right and an unchallenged Ben Mulley headed home with ease.

Leatherhead missed a chance to reduce the arrears on 74 minutes when Mullins sent another probing cross into the visitors’ box from the right. This time Tarpey got his head to the ball, but once again the Tanners captain failed to find the target.

As the match moved into stoppage time, Marlow missed out on an opportunity to add a third goal. Joshua Boorn sent a fine delivery into the box from the right, but substitute Aaron McLeish-White rushed his effort, firing over from close range.