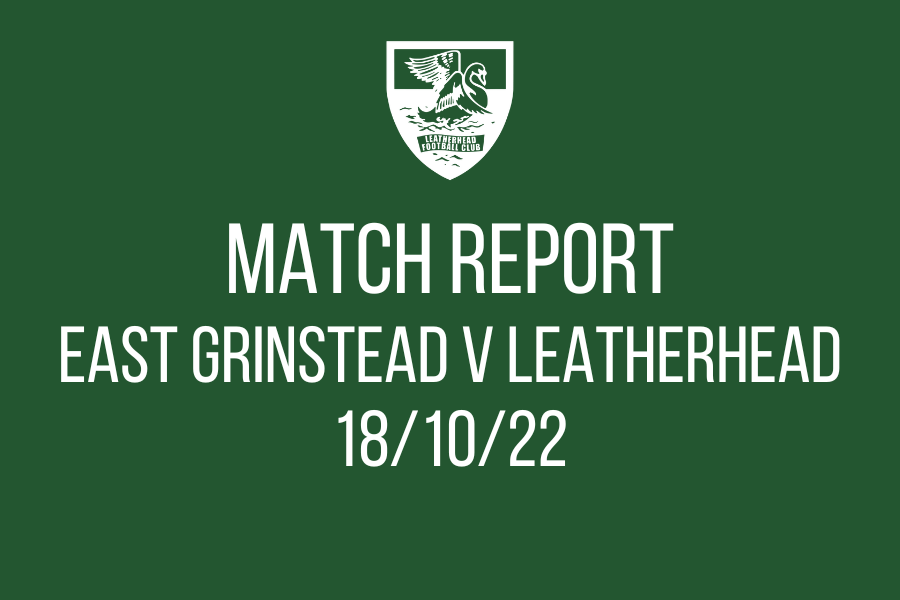 Leatherhead advanced to the Third Round of the Velocity Cup after a penalty shoot-out win at East Grinstead. With the tie level at 1-1 after 90 minutes, Leatherhead keeper Luke Williams denied East Grinstead’s Jamie Buchanan to give Tanners a home tie against Kingstonian in the next round.

The hosts steadily improved and on 27 minutes Williams was called into action to make a fine save, tipping over Thibault Abie’s fierce long range drive. And three minutes later the hosts took the lead when Shea Cascoe Rogers laid off a ball to an advancing Omar Folkes, with the burly striker bursting the net with a thunderous effort from the edge of the box.

Tanners equalised three minutes before the interval after Jermaine McGlashan was brought down just outside the Wasps’ penalty area. Ayuub Ali’s looping free kick evaded the flailing arms of Pierson to fly into the top corner of the goal.

Leatherhead almost snatched the lead on 57 minutes when a fine long range effort from McGlashan struck the bar.

Both sides made a string of substitutions in the final half hour in an attempt to break the deadlock inside normal time. Archie Burnett forced another great save from Pierson on 71 minutes and Tarpey was unable to find the target in the closing minutes with two successive free kicks won within shooting distance.

With the tie level at 90 minutes, it went straight to penalties.

Leatherhead were up first to take the opening spot kick. Tarpey and McGlashan took the first and second penalties for Leatherhead and both failed to score. With the tally of penalties level at 3-3 apiece after nine attempts, it fell to Wasps assistant manager Steve Sargent to take the decisive spot-kick. But the former Leatherhead midfielder fired wide, sparing Leatherhead the indignity of going out against one of their old favourites.

Keane Anderson, Reise Allessani, Trey Williams, Adam Allen, Jake Eales and Ben Frempah all found the target to make it 6-5 to the visitors after fifteen penalties, before East Grinstead’s Buchanan was denied by Luke Williams with the last kick of the match.