Next up: Leatherhead v Northwood 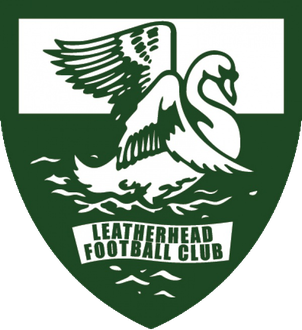 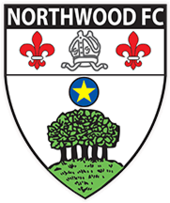 Official Account of Leatherhead FC, members of the The Pitching In Isthmian South Central, Contact us via email - mediamanager@leatherheadfc.com

Tomorrow it’s another home game as we welcome @NorthwoodFC to Fetcham Grove. Let’s get another great crowd behind the lads #COYT 💚💚💚

Tomorrow it’s another home game as we welcome @NorthwoodFC to Fetcham Grove. Let’s get another great crowd behind the lads #COYT 💚💚💚

A few snaps of last nights win. Thanks to Chloe for capturing these snaps, don't forget to follow her on instagram @c_woodington27 Author: Rod Ellis, Leatherhead FC Match Reporter  South Park (Reigate) 1 Leatherhead 0Leatherhead slipped to their first defeat in seven outings with a disjointed performance at South Park on Saturday.An early error in the Tanners’ defence was all that separated the...

Leatherhead Football Club are delighted to announce the signing of Kingstonian Captain, Kenny Beaney. The experienced midfield player reunites with Manager Hayden Bird, having very successfully worked together at Merstham and Kingstonian. “I am absolutely delighted to...

The club has made good progress with the work required to become a Supporters Trust; a number of people have put a lot of time and effort into it. There still remains work to be done, both legally and in several other areas. A key condition of becoming a Supporters...

Horley Town 3 Leatherhead 3
(Leatherhead win 4-3 on penalties)
Leatherhead advanced to the last sixteen of the Surrey Senior Cup following a tense
penalty shoot-out against Combined Counties Premier side Horley Town.
With the scores level at 3-3 after 90 minutes, Tanners prevailed in the spot-kick
lottery to win 4-3, thanks to two fine saves from substitute keeper Toby McKimm.
Tanners took the lead after 12 minutes, when Archie Burnett’s shot took a heavy
deflection off Horley defender Matt Rapson.
The hosts levelled on 23 minutes, following a string of one-touch passes that wound
their way through the Tanners defence, culminating in a fine finish from George
Membrillera.
Dan Hector tested George Branton with a long range shot on the half hour mark, but
the Horley keeper did well to block the Leatherhead striker’s effort with his legs.
The hosts took the lead on 47 minutes, thanks to an uncharacteristic poor clearance
from Slav Huk. The Leatherhead keeper was well off his line when he punted the ball
up field, only to see it drop invitingly for Horley’s Callum Retter, who calmly lobbed
Huk from forty yards – much to the delight of the home supporters.
Leatherhead were back on level terms within five minutes, thanks to a second Horley
own goal. Reise Allassani sent a piercing cross into the six-yard box from the left and
defender Aaron Munday got the final touch to send the ball past his keeper.
The visitors restored their lead following a controversial penalty awarded on 69
minutes. Lewis Pearch crossed the ball into the box and skipper Dave Tarpey fell
heavily as he swivelled round a Horley defender. Tarpey stepped up to send the spot-
kick firmly into the corner of the net.
There followed a series of substitutions from both benches, including a brave decision
from Leatherhead manager Hayden Bird to bring on the young McKimm for his
senior debut in goal.
In the closing minutes there was still time remaining for one final twist in this
absorbing cup tie, as Horley’s Adam Grant was bundled off the ball in the
Leatherhead penalty area. With the clock moving into stoppage time, Louis Chin
calmly stepped forward and sent the spot-kick past McKimm to level the scores at 3-3
and take the tie to a penalty shoot-out.
Leatherhead took the first spot-kick and Louis Collins fired home with ease before
McKimm saved from Horley’s Grant. Keane Anderson fired Leatherhead’s second
penalty against the bar only for Chin levelled things at 1-1 with another firmly driven
spot-kick for Horley. 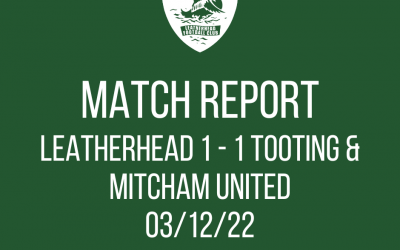 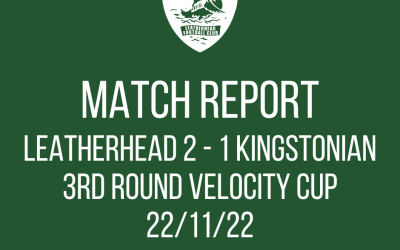 by Rod Ellis Leatherhead 2 Kingstonian1 Tanners overcame local rivals Kingstonian in a closely contested Velocity Cup Third Round tie at Fetcham Grove on Tuesday. Talk ahead of the tie centred around Leatherhead’s loan signing this week of Dorking Wanderers goalkeeper... 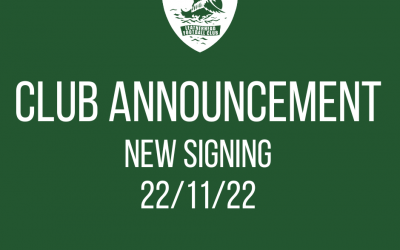 Leatherhead Football Club are delighted to announce the the signing of goalkeeper, Slavomir Huk.  Huk arrives on a season-long loan from Dorking Wanderers and is set to make his Leatherhead debut tonight versus Kingstonian. "I am delighted to confirm Slav is a... 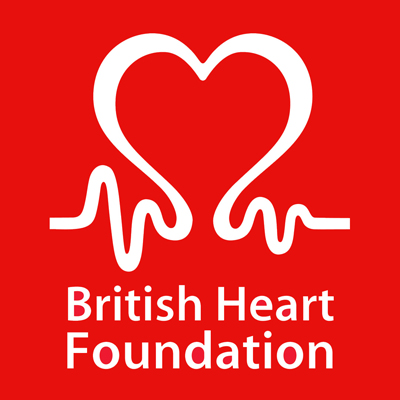